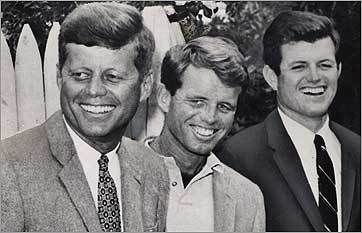 Robert Francis Kennedy Jr., born January 17, 1954, is a famous American lawyer, author and activist. Rober, who is the nephew of the US assassinated president, J.F. Kennedy, is currently the director of the Children’s Health Defense organization, an organization that promotes and protects children’s health. He has always been against large pharmaceutical corporations who have come to control the US government and parliament and to establish the population’s health policy.

Here’s what Robert Kennedy says about this topic in a YouTube video you can watch HERE:

“Those of you who have previously been involved in the struggle to protect our children from inappropriate vaccines or toxic chemicals in our food or our water know the power of these industries and how they have undermined every institution in our democracy that we should have protected our children from strong corporations and las. Even pharmaceutical companies managed to buy Congress. They are the largest lobbying entity in Washington DC. There are more lobbyists in Washington DC. than they are congressmen and senators. They are twice as powerful as the second lobbying entity, which is the oil and gas industry. Imagine the power it exerts on Republicans and Democrats. They captured our regulatory agencies and turned them into handcuffs. They compromised the press and destroyed the publications that are editing real science. “

Recently, Robert Francis Kennedy Jr., as a lawyer, won a famous trial in which a caretaker from a California school won the trial with the Monsanto petrochemical and agricultural giant, whose herbicide, RangerPro, containing glyphosate, could have caused the cancer disease that the caregiver currently suffers. On August 10, 2018, the San Francisco jury offered Johnson $ 289,200,000 as economic and non-economic damage, a benchmark for thousands of other people who can sue Monsanto for the same reasons.

There are now thousands of cases against Monsanto, which is just one of the strong companies that influence agencies such as the Food and Drug Administration (FDA) and the Center for Disease Control and Prevention (CDC). And these are the government agencies that give us “science” to get the foods and medicines produced by these big corporations to be safe. But these federal agencies offer educational resources to medical schools, which Big Pharma has taken for granted.

It is truly unbelievable that, in these times, education has turned into a “brainwashing” process. Medical science has become corrupt, and modified according to the interests of some powerful people and corporations. Dr. Marcia Angell, long-time physician and editor of New England Medical Journal, sadly said: “It’s simply not possible to trust too much in published clinical research, in the judgment of trusted doctors or in renowned medical guides. I am not happy with this conclusion, which I have been in the past two decades as editor of the New England Journal of Medicine. “(Source: ncbi.nlm.nih.gov). Sad but true…

View all posts by adrioct