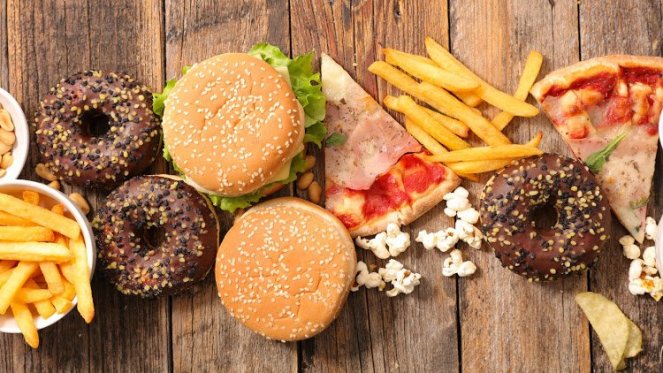 Junk food usually refers to low-nutrition foods that are rich in calories, fat, sugar, salt or caffeine and can include breakfast cereals, candies, chips, cakes, fries, hamburgers, hot dogs, ice cream, juices and many sweets. However, what is considered junk food sometimes depends on several factors. Some might say that pizza is junk food, for example. But if the counter is made of whole wheat and the topping is with vegetables, you could say that the pizza comes out completely from the junk food category.

“Junk food” is not only unhealthy, as the name says, but, according to a recent European study, unhealthy food consumption raises considerably the risk of cancer. The study used a system developed by the British Food Standards Agency, known as the Nutri-Score, where foods are evaluated on the basis of nutritional quality, where A is the most nutritious food, and E means the lowest quality food of nutrition.

Under the guidance of the French National Institute for Health and Medical Research, scientists have used the scale to evaluate the diets of nearly half a million people from ten different European countries. They then monitored the cancer rates observed among participants during a follow-up period of about 15 years. They have made adjustments for other factors that can influence the risk of cancer such as family history, smoking etc. but eventually have found a link between a poor diet and the increased risk of developing certain types of cancer.

Those who eaten the vast majority of junk food had a higher risk of developing stomach, respiratory and colorectal cancer. In men, a diet with unhealthy products was strongly associated with the greater likelihood of developing lung cancer; in women, was linked to higher risks of breast cancer and liver cancer.

The study is supported by different research that has recently been published in the Academy of Nutrition and Diet Review, which has shown a link between a high calorie, nutrient-free and high-risk diet – especially in older women 50 years old. After analyzing the data of over 92,000 women and following them for 15 years, researchers found that those who consumed a lot of unhealthy food were at a higher risk of cancer.

That’s why we recommend avoiding as much as “junk food” …

View all posts by adrioct